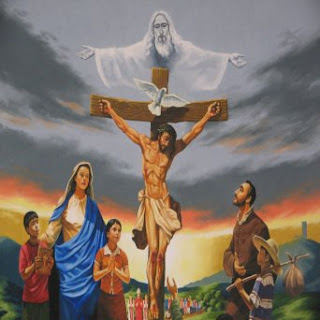 Order of th e Clerics Regular of Somasca Southeast Asia Province Mother Of Orphans VERY REVEREND FR. ANGELES JAVIER PACIS SAN JOSE,CRS Provincial Superior Residence: Provincial House, C. Arellano St., Blk. 74, Lot 10 Phase 2, Katarungan Village, Poblacion Muntinlupa City, Philippines Tel.no. (02) 842-2366 Official Mailing Address:  St. Jerome House Commerce Ave., Ayala Alabang, Muntinlupa City, Philippines Tel. no. (02) 842-4947 WITH STEPS OF HOPE (written by Fr. Gabriele Scotti,crs Major Superior 1995-2011) The Somascan community in the Philippines has reached the age of 20 years. It is the age of youth. It is a season of dreams and hopes. It is a season in life of expectancy of the future. It was said that no other Somascan undertaking had a beginning more accurately studied and prepared than the Philippine Foundation. Let us take notice of this, without forgetting that "man purposes but God disposes" and sometimes God in his providence disposes things n
Post a Comment
Read more 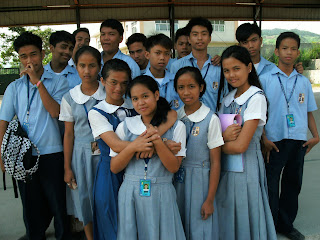 St. Jerome Emiliani School Of the Somascan Fathers Roosevelt, Dinalupihan, Bataan A year after the parish dedicated to St. Jerome was erected, in the same venue, a school for the young people of Bataan was built. It caters for the Christian catholic academic formation of the youth.  This year school year 2017-18, it starts accepting children in the kindergarten level. The school boasts its low tuition fee which is very much affordable for the low income families in the area. It has complete facilities to provide quality education and convenience to the young students. It is directly run by the Somascan Fathers under the directorship of  Fr. Anastacio Llantos, CRS and assisted by Brother Isagane Al-os. The school is under the community of the Aemiliani House of Bataan.
7 comments
Read more 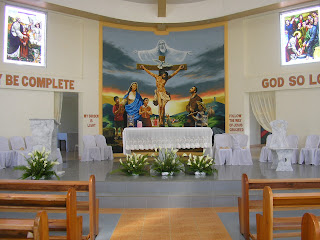 St Jerome Emiliani Parish Roosevelt, Dinalupihan Bataan By the invitation of the Diocese of Balanga through his excellency Most Rev. Socrates Villegas, the Somascan Fathers extends their presence in the people of Bataan. Here in Roosevelt, Dinalupihan, a parish was erected in 2005 under the protection and prayers of our Father and founder St. Jerome Emiliani. Fr. John Valenzuela is its pastor. The parish and the school in the same area are under Aemiliani House community.
Post a Comment
Read more 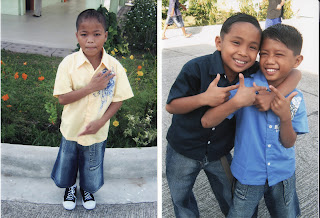 The newly built house of the Order here in Cebu is catering for the welfare of the abandoned and orphaned boys in the area. And at the same a building for the formation of the young people who aspires to become apostles to these less fortunate children is also located. Somascans assigned here are: Fr. Raynier Q. Dabu,crs - Superior and Director of Postulants.  Fr. Augusto Dingal,crs - Director of Casa Miani. Bro. Benediktus Harjono and Bro. Marianus Vianey Lado Mau - practicum.
Post a Comment
Read more 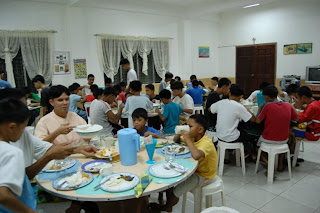 CASA MIANI-ARVEDI Talay, P.O. Box 151 DUMAGUETE CITY tel. no. (035)420-7520 arveditalay@yahoo.com Through the generosity of the Arvedi Family and the many benefactors abroad, the first expansion of the Somascan Fathers in the Visayas was realized in 2001 by building this home for boys which takes care of the needy children in the region. The religious present here are: Fr. Enrico Balderama,crs  Superior,  and brothers in practicum, Syrillus Koba, crs and Jonathan Raven Sison, crs.
2 comments
Read more 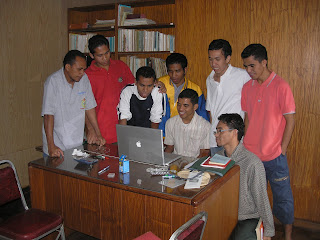 Selamat Datang... Welcome to Ruteng! by Fr. Javier San Jose,crs These were greetings of the Sisters and aspirants of the DVMI community who welcomed us in the domestic airport of the city of Ruteng, Island of Flores. They immediately offered manggarai hats for us fittingly worn by tourists. Selamat Datang, Fathers... Are you a new congregation? Our Bishop is looking for a new congregation to take charge of a new parish near Borong. Romo (diocesan priest) Beni gushed forth these words upon knowing that we were religious priests visiting Indonesia for the first time, and unknowingly, we are together in plane from Bali to Ruteng. He invited us to go and visit his parish in Borong. What a divine plan! What a coincidence! Right there and then, God really worked for us, leading us the way! Ruteng became the door for us to enter Indonesia... and Ruteng eventually welcomed us with open arms and cheerfulness! Fr. Grato and I arrived in Ruteng on August 29, 2006 after spending the nig
Post a Comment
Read more 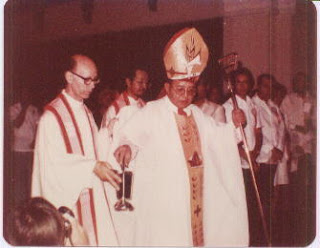 A Parish Rises Out Of The Ruins... In 1981, Mrs. Josephine Madrigal Bayot offered the Somascan Fathers two homes inside the New Alabang Village (as Ayala Alabang Village was then known) for their temporary use. The Madrigals also had an old family chapel dedicated to Sta. Susana in their vast mango orchard. With the cooperation of Mr. Enrique Zobel and Mr. Adolfo Duarte, Ayala Corporation tore down the Madrigal chapel and built a new church, which became the seat of the St. Jerome and Sta. Susana Parish. On 4 February 1983, Jaime Cardinal Sin blessed the St. Jerome Emiliani and Sta. Susana Parish and installed Rev. Fr. Cesare De Santis, crs, as the first parish priest, who was assisted by Rev. Giovanni Tarditi and Rev. Valerio Fenoglio. Thus was established the first Somascan parochial church in Far East Asia. The parish, at that time, included the following areas: New Alabang Village,the areas west of the South Expressway, areas south of the Alabang Zapote Road, namely,
Post a Comment
Read more
More posts